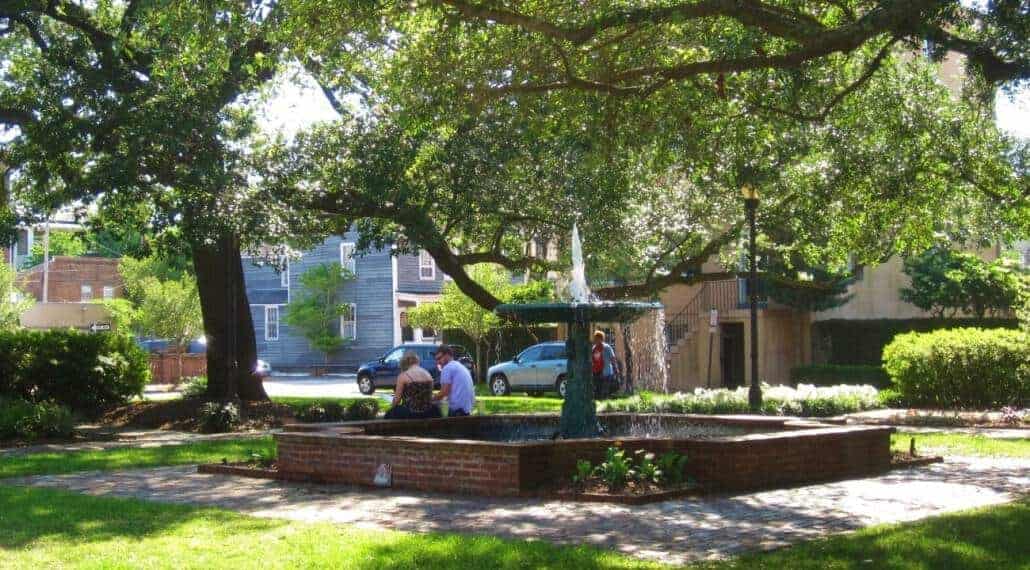 This square dates back to the heady days following the Revolutionary War. Laid out on Habersham Street in 1799, this square and many streets around it were given names that reflect the patriotic fervor of the time. Sadly, like many areas on the east side, Columbia Square had fallen into disrepair, and by the 1950’s many of the homes in the area were at risk for demolition. It is here that Savannah’s preservationist movement began, and the effects of this important work can be seen all around the square. Following Mr. Davenport’s death, his wife Sarah rented out rooms to boarders and it remained a boarding house for years after she sold the property. By the 1950’s the house had become a tenement, and plans were made to demolish the building. Due to the dedication and resolve of the Historic Savannah Foundation, the home was saved, restored, and ultimately turned into a museum. It remains a museum today, and a second restoration effort in 2003 has fully returned the home to its original splendor.