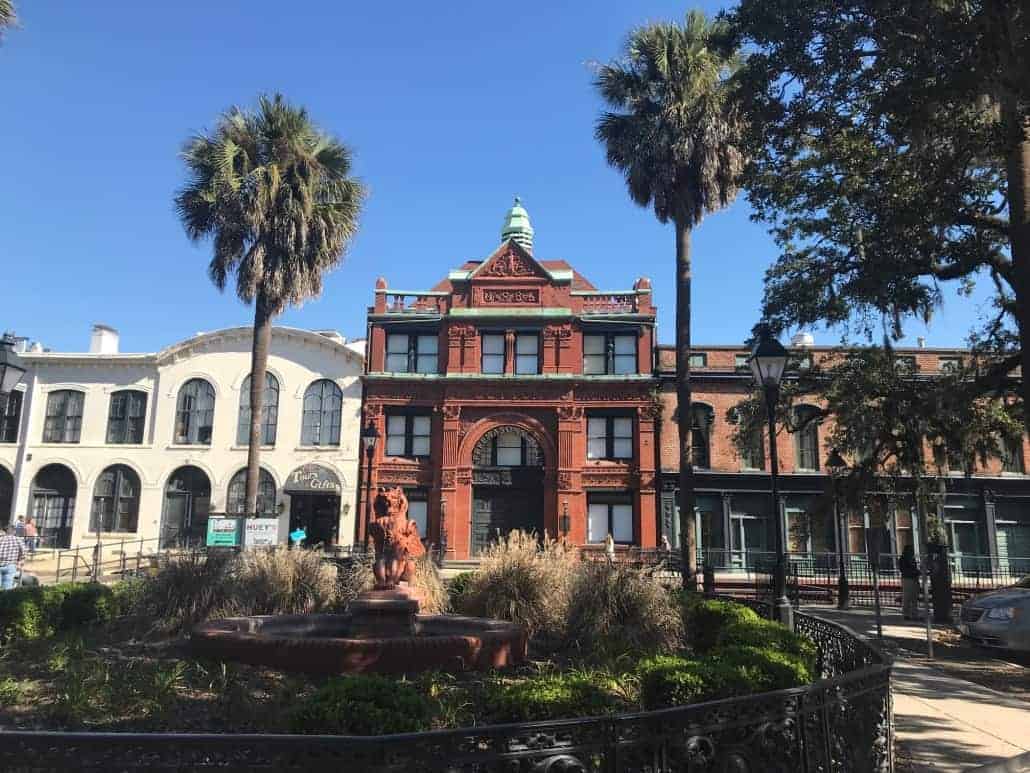 The Savannah Cotton Exchange stands as a grand reminder of cotton’s influence on this city. Built in 1886 by Boston architect William G. Preston, the cotton exchange was one of the first major buildings to be constructed entirely over a public street. Built of red brick with a terra cotta façade, iron window lintels and copper finials and copings, the building is one of the best surviving examples of the Romantic Revival period. The original building was built in 1872 when export revenue from cotton was $40 million when Georgia was the leading cotton producer in the country, and Savannah was one of the major cotton seaports on the Atlantic. By the 1880s the area was known as the “Wall Street of the South.” Ironically the current building was constructed when cotton was only selling for as little as ten cents a pound. But it was a little insect, the boll weevil, which finally rendered the building obsolete by 1920. In the front of the exchange, an elaborate iron fence with detailed medallions of famous statesmen and authors encloses a statue of a griffin and landscaped fountain.

Factors Walk: The large brick buildings that rise two and three stories above the riverfront now house many of the businesses that attract visitors to River Street. What many people don’t realize is that these buildings were initially large cotton warehouses, with offices for the cotton brokers or “factors” taking up the upper levels along Bay Street in an area known as Factors Row, with a series of iron walkways connecting these offices to the warehouses that lined the wharf. This series of iron bridges, walkways and staircases is known as the Factors Walk. “Factors” were the cotton brokers who set prices worldwide.