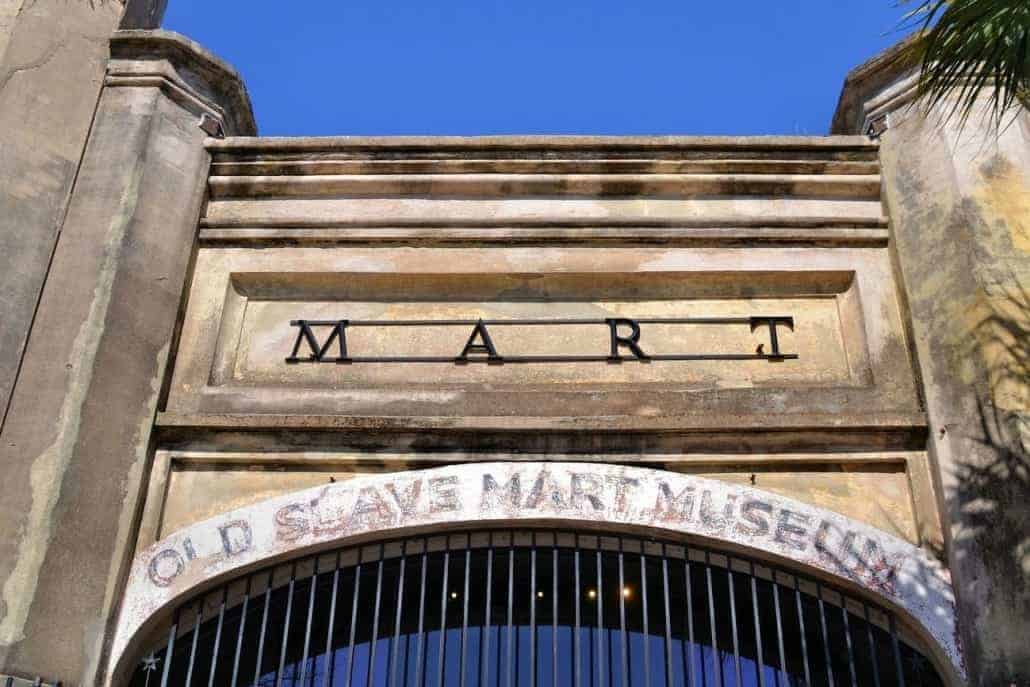 The Old Slave Mart Museum, located at 6 Chalmers St., recounts the story of Charleston’s role in this inter-state slave trade by focusing on the history of this particular building and site and the slave sales that occurred here.

History of The Old Slave Mart

The 1808 ban on the United States’ participation in the international slave trade led to a renewed demand for slave labor, which was satisfied, in part, by the creation of a domestic slave-trading system in which Charleston functioned as a major slave collecting and reselling center. The Old Slave Mart Museum, located at 6 Chalmers St., recounts the story of Charleston’s role in this inter-state slave trade by focusing on the history of this particular building and site and the slave sales that occurred here. In the seven decades between the drafting of the U.S. Constitution and the Civil War, more than one million American-born slaves were sold away from plantations in the upper South to work the rapidly expanding cotton and sugar plantations in the lower South.

In Charleston, enslaved African Americans were customarily sold on the north side of the Old Exchange Building. An 1856 city ordinance prohibited this practice of public sales, resulting in the opening of the Old Slave Mart and a number of other sales rooms, yards, or marts along Chalmers, State and Queen Streets. Other Uses Possibly the only known building used as a slave auction gallery in South Carolina still in existence, the Old Slave Mart was once part of a complex of buildings known as Ryan’s Mart that occupied the land between Chalmers and Queen Streets. The complex consisted of a yard enclosed by a brick wall and contained three additional buildings: a four-story brick building partially containing a “barracoon,” or slave jail, a kitchen, and a “dead house,” or morgue. More Recently

Slave auctions at the Old Slave Mart ended in November 1863. The property changed hands many times after the Civil War, and between 1878 and 1937 the building was used as a Negro tenement and as an auto repair shop. In 1938 Miriam B. Wilson purchased the building, which by then, had come to be known locally as the Old Slave Mart, and established a museum featuring African and African-American arts and crafts.

Judith Wragg Chase and Louise Wragg Graves took over the Old Slave Mart in 1964, placed it on the National Register of Historic Places in 1973 and operated it until its closure in 1987. Recognizing the significant importance the institution of slavery has had in Charleston’s history, the City of Charleston acquired the property in 1988.

from 807 reviews
Bought All the Cities!