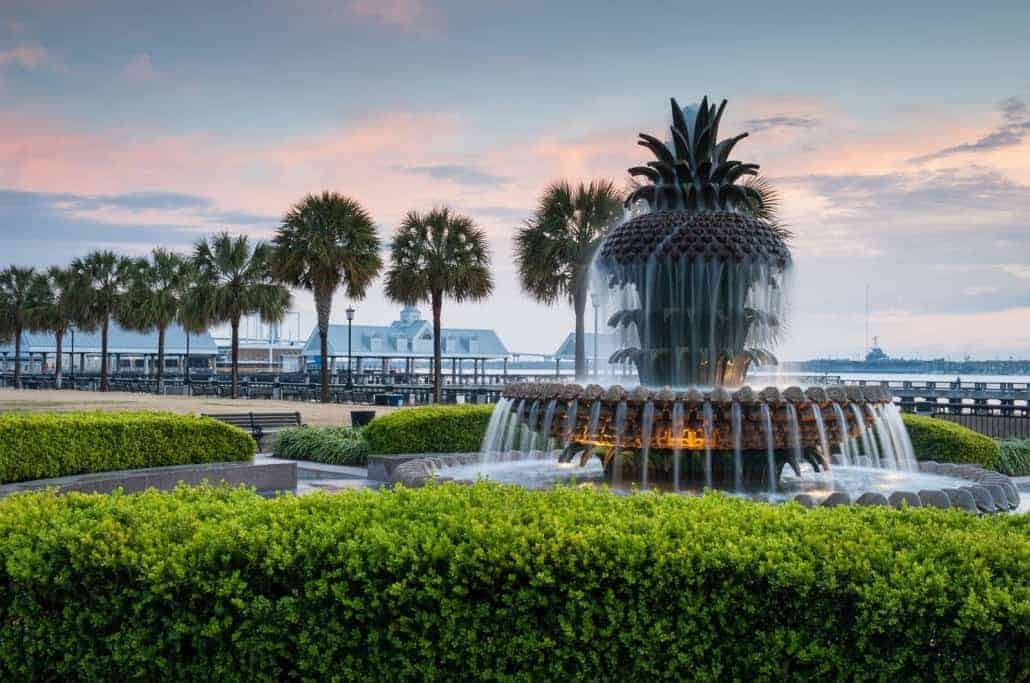 The Charleston Water Taxi departs from the dock here! Relax on the large dock swings, see dolphins in the harbor play, admire the amazing view of the Charleston harbor and get a photo by the iconic Pineapple Fountain.

The park received the 2007 Landmark Award from the American Society of Landscape Architects and the National Trust for Historic Preservation. This award “recognizes a distinguished landscape architecture project completed between 15 and 50 years ago that retains its original design integrity and contributes significantly to the public realm of the community in which it is located.”

The location of the park, between Vendue Range to the north and Adger’s Wharf to the south, had historically been a center of maritime traffic with several wharfs and shipping terminals. The area entered a long period of decline, capped in June 1955 by a fire at a steamship terminal at the site.

By 1980, the site was an “overgrown area marred by charred pilings and gravel parking lots.” Mayor Joseph P. Riley, Jr. began making plans for a park on the site soon after taking office in 1975 after whom the park is named.