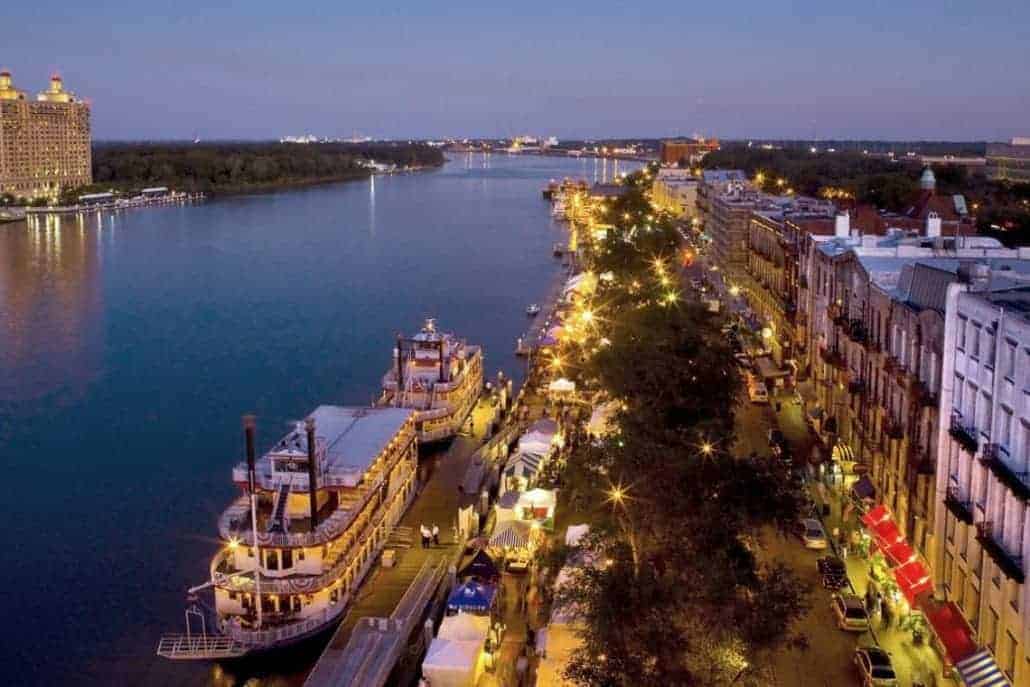 River Street is a must-visit locale if you’re in Savannah! There are a multitude of shops, restaurants, bars and of course the Savannah River flows by provided spectacular views.

To be transported back in time, simply look beneath your feet. The cobblestones used to pave the street itself and the ramps connecting Bay Street to River Street were initially brought to Savannah as ballast. The stones were loaded aboard ships on distant shores hundreds of years ago as place-holders for the bales of cotton that would fill the ship’s hold on the return voyage. These stones, brought here from all over the world, were usually just tossed overboard, and for years during the city’s early days they simply sat in huge piles along the riverbanks. By the mid-1800s, city engineers had devised plans to use the stones to pave the streets and build retaining walls to prevent erosion of the white sand that covered the riverfront.