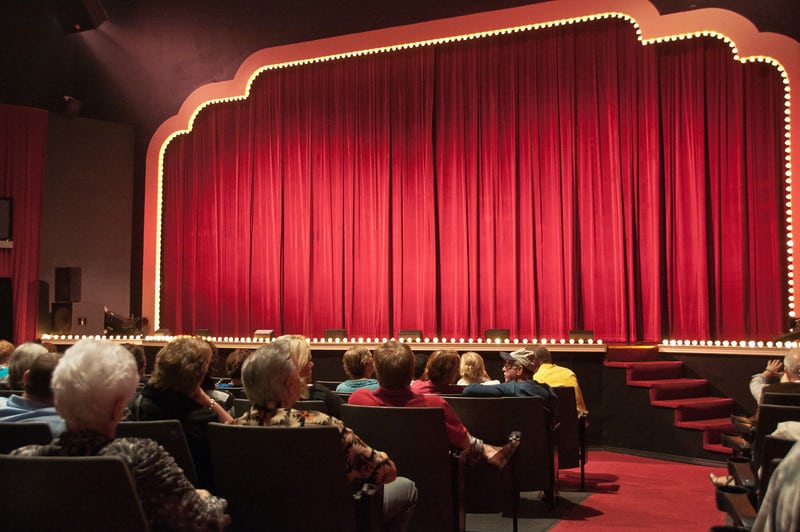 Notice: This attraction does not have shows daily. Visit their website to see if there’s a show the days you’d like to visit Savannah

The Savannah Theatre, first opened in 1818 and is located on Chippewa Square in Savannah, Georgia, is one of the United States’ oldest continually-operating theatres. The structure has been both a live performance venue and a movie theater. Since 2002, the theatre has hosted regular performances of a variety of shows, primarily music revues.
History
The Savannah Theatre opened its doors December 4, 1818 with a performance of “The Soldier’s Daughter”. The original structure was designed by British architect William Jay, whose other notable works include the Telfair Mansion and the Owens-Thomas House, both located in Savannah. During the 1850s and 1860s, it was sometimes known as the Athenaeum. On March 21, 1861, Alexander H. Stephens delivered the Cornerstone Speech at the theatre.
Notable players
Over the past two centuries, the Savannah Theatre has showcased an array of talented performers, including Fanny Davenport, E. H. Sothern, Julia Marlowe, Otis Skinner, Oscar Wilde, Sarah Bernhardt, W. C. Fields, Tyrone Power, and Lillian Russell. Edwin Booth played several engagements at the Theatre in February 1876, with Shakespearean roles including Hamlet, Iago, and King Lear. It is unknown as to whether or not Edwin’s younger brother John Wilkes Booth ever performed at the Savannah Theatre.
In 1851, the New York Dramatic Company leased the Theatre briefly. Among the players was Joseph Jefferson, whose most well-known role was that of Washington Irving’s “Rip Van Winkle”. However the company’s stand failed to succeed, as their “lineup of standard hits failed to tempt Savannah audiences.”
One of the more memorable performances in the Theatre’s history came in November 1911, when baseball great Ty Cobb appeared in The College Widow.

from 684 reviews
Maria F.
Savannah Tour Pass
Worth all the money!

I used my pass on as many of the attractions as I could during my visit and it saved me both time and money. It was awesome!

The tour pass made everything so much easier and less stressful. I highly recommend the tour pass especially for the first time visiting a city!

The tour pass gave us a great overview of Historic Savannah. We were able to do so many things it made for a great long weekend. We toured 3 historic homes, rode the hop on hop off trolly, a riverboat cruise, and we did a walking ghost tour. I highly recommend doing the tour pass the savings is awesome. We can’t wait to go back to Savannah!

I purchased a two day tour pass for my trip for Savannah and I would recommend it to anyone. Depending on how much you want to see and how much time you have, I would say the two-day pass is a better value than the one. Here's what I would recommend: the two day pass gives you three tours included. On the first day, use one of the tours for the Hop on Hop off trolley tour. The pass will give you admission to everything on that tour, so you can get off, see the museum or house or whatever, then get back on the trolley after each stop. Its an entire day. Then, that night take the ghost tour as your second included tour. You will see alot of Savannah at night, get all the good ghost stories performed for you by good actors, and you will get inside the Telfair at night, which is very spooky. Then, the following day take your third free tour. If you're active, you can rent e-bikes, or if you want more mellow, there's walking tours, or the steam boat ride down the Savannah River. If you do the Steam Boat, I would plan other activities in that area, shopping or dinner, because the River Walk is beautiful and there are a lot of stores, there's also the Maritime Museum and the Pirate House is close. We did a carriage ride for one of our tours and enjoyed that thoroughly. All in all, Savannah is a treasure trove of beauty and history, and the pass allows you to see it all, for one price, using your phone so the ticket is always handy. Best of all you save a ton of money. I calculated we saved $80, and we didn't even do alot of the museums. People were paying $75 per family for one tour, and we did three tours for $300, plus three museums, and that was less than half of what you could have done, but my kids didn't care about the historical homes, so we missed out. I recommend it!!

My family visited Charleston along with another family. Using the tour pass allowed us to have a thorough and enjoyable experience! We chose the 3 day option and did/saw a lot of things we might not have otherwise. I highly recommend it!

Buying this pass gave us a another reason look for ways to pack our visit with more things to see and do! There were tours and places to visit both inside the “Old Town” and in the immediate area, and things to enjoy in both great weather and inclement weather.

Travel Stress-Free + Save with TourPass

5% off sale! Plus save an additional 5% off all passes that total $150 or more – Get Discount Code – SALE ENDS SUNDAY