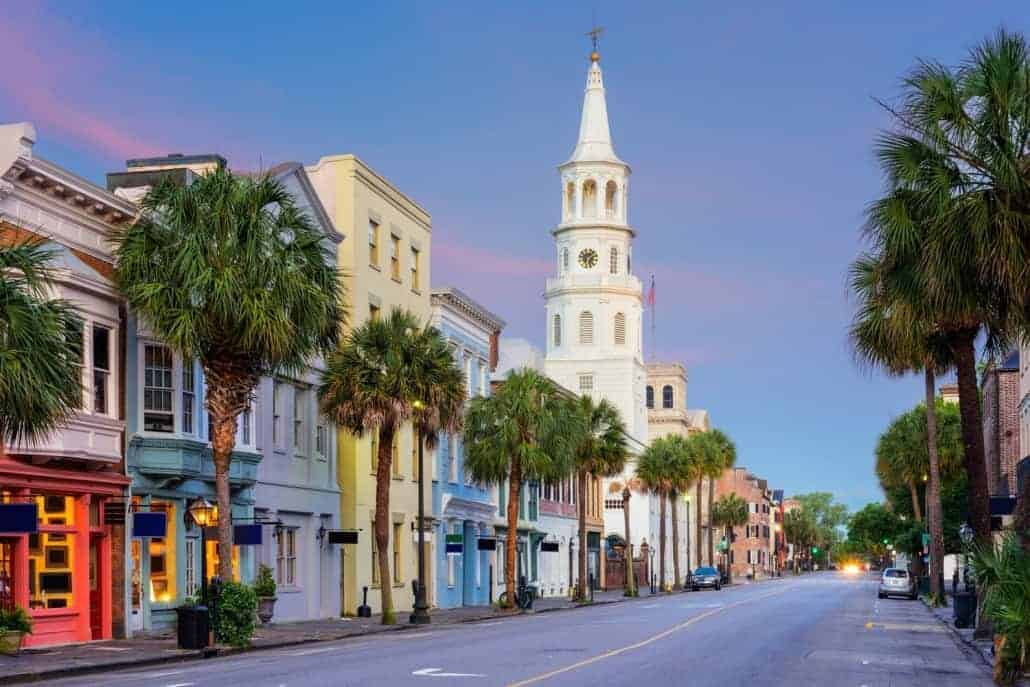 If the doors are open you are able to step inside and visit the church.

St. Michaels Church is the oldest church edifice in the City of Charleston, standing on the site of the first Anglican Church built south of Virginia.

In 1680 a small wooden church, the first in the new town of Charles Town, was built on this spot for the families of the Church of England, and named St. Philips. By 1727, the town had grown too large for the small church and a more spacious one was built of brick on Church Street, later destroyed by fire in 1835. By 1751, St. Philips had again proved too small for the increasing population, and another church as authorized by the General Assembly of the Province, to be built on the old site and to be known as St. Michael’s. The cornerstone was laid in 1752 and in 1761 the church was opened for services. Except for the addition of the sacristy in 1883 on the southeast corner, the structure of the building has been little changed.

The large, long double-pew in the center of the church, No. 43, originally known as “The Governors Pew, is the one in which President George Washington worshiped on Sunday afternoon, May 8, 1791. General Robert E. Lee also worshiped in the pew some seventy years later. The pews, of native cedar, are very much the same as they have always been except for the addition of ten, filling up what was once an aisle from the south door to a north door (now filled by the “Annunciation” window), thus originally making a cruciform design with the main (east-west) aisle.

John Rutledge, the first Governor of SC, signer of the Declaration of Independence and US Constitution is buried in the graveyard here.