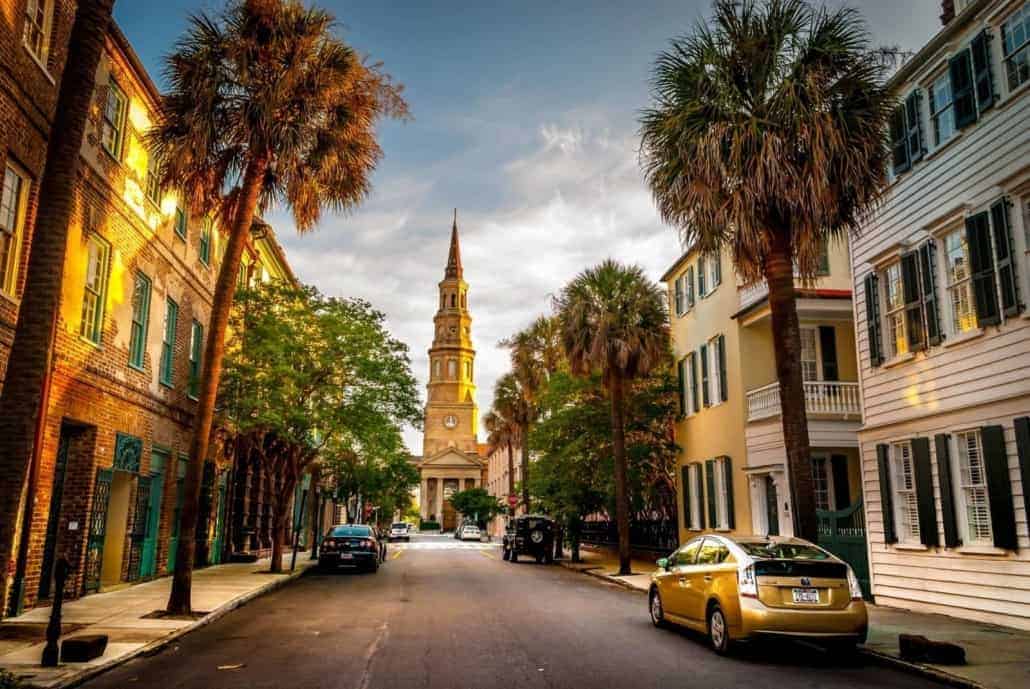 Building and graveyard are open to the public Mon-Fri 10am to 12pm and 2pm to 4pm.

Established in 1681, St. Philip’s is the oldest religious congregation in South Carolina. The first St. Philip’s Church, a wooden building, was built between 1680 and 1681 at the corner of Broad and Meeting streets on the present day site of St. Michael’s Episcopal Church. It was damaged in a hurricane in 1710 and a new St. Phillip’s Church was begun a few blocks away on Church Street. After being delayed it was finished in 1723 but burned to the ground in 1835. Work on the present church was begun that same year and completed the next. The steeple was added between 1848 and 1850.

Many prominent people are buried in the graveyard, which is divided into two parts. The western yard was initially set aside for the burial of “strangers and transient white persons,” but church members were later buried there. Several colonial Governors and five Episcopal bishops are buried here, as well as John C. Calhoun (former Vice President of the United States), Rawlins Lowndes (President of South Carolina in 1778-79), and Dubose Heyward (author and playwright).

The view of Church Street punctuated by St. Philip’s remains one of Charleston’s most photographed spots.

from 824 reviews
Erica B.
St Augustine TourPass
Bought All the Cities!