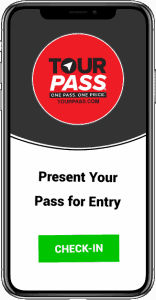 HOW OUR PASS WORKS

Attractions are split into two categories: 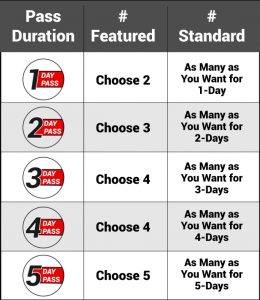 Description
The Spirits of Magnolia Cemetery Tour gives you exclusive access to Charleston’s most hauntingly beautiful Victorian burial grounds. Originally a 1790’s rice plantation, Magnolia Cemetery was founded in 1849 on the banks of the Cooper River in Downtown Charleston. Home to 35,000 permanent residents, including authors and poets, artists, Confederate generals and soldiers, prominent politicians, bootleggers, prostitutes, and socialites. Magnolia Cemetery served as a Confederate encampment to defend the city from the Union bombardment during the Civil War. Over 2,000 Confederate soldiers lay at rest in Magnolia, including the eight-man Hunley crew, eighty-four soldiers who fought in the battle at Gettysburg, and six confederate generals. This nighttime tour is the “first official walking tour” of the historic site, previously off limits to commercial tour companies. The 90-minute walking tours promise the best of Magnolia’s history, mystery, and spirits. You’ll hear startling stories such as an unsolved murdered socialite, an outraged politician that ordered his butler’s execution and scandalous tragedies that are never told in history books. Don’t forget your flash cameras! You never know what phantom images you can capture.
Featured Attraction (more)
Featured Attractions: Standard Attractions: Transportation to attractions is not provided. In the Historic District you can use the Trolley.
$36/ Adult without TourPass
$25 per Child without TourPass. (Pay $0 at the gate! TourPass includes full admission)

Experience the wonder of sailing Charleston Harbor on a classic 84 foot tall ship. As you depart, help the Crew hoist the sails if you wish, and then sit back and watch the wind fill them, moving the Schooner Pride through the waters and past some of the most historic sites in the country such as Ft. Sumter where the first shots of the Civil War were fired.

Discover the tranquility of cruising the historic Charleston Harbor on a genuine tall ship, powered only by the wind in our sails.

While this is not a narrated cruise, the Crew is happy to answer questions and point out landmarks and you’re welcome to help raise and trim the sails or you may sit back and enjoy the ride!

Sail through waters that Blackbeard once anchored in, relax on deck and imagine a time when the harbor was filled with these majestic ships. There is no set route; the boat just follow the winds wherever they take us.

The Schooner Pride, is an 84-foot, three-mast schooner modeled after the classic coastal trading schooners. She is an authentic tall ship and possesses all the character and class of a ship designed during the great days of sail. She is USCG certified to hold up to 49 passengers.

Key Points About This Tour:

Love History and want to learn all you can while experiencing it at the same time? Then this 2-hour historical Charleston walking tour is for you! Stroll through the French Quarter, down to Rainbow Row and the High Battery. See and learn about mansions and who lived there along with historical churches and beautiful gardens.

Your licensed tour guide will share stores of the founding of the “Holy City”, slavery, revolts, revolutions, wars, monumental achievements and everything in-between.

Our tour guides are not only licensed with the City of Charleston and versed in Charleston and American History. They also are showmen. Backgrounds in theater, directing, writing, and entertaining. No drab lectures on our tours. Your tour guide will greet you excited to not only educated but also entertain you! 1 in 6 Children in the Low Country are left fighting hunger daily. We believe in giving back to the community as much as we do in sharing our rich history and culture with our visitors. A portion of all sales go toward the fight against child hunger.

Pounce Cat Cafe + Wine Bar is a place where you can come to enjoy freshly brewed coffee or tea, snack on delicious pastries, and cuddle with adorable (and adoptable!) cats. We’ve teamed up with our local shelter, Charleston Animal Society, to provide our cats, so if at the end of your visit you’ve fallen in love with your new feline friend, you can take them home with you!

Visits to the cafe are $15 per person and include 1 hour in the cat lounge as well as 1 beverage of your choice to enjoy while you hang out with the kitties. Beverages included with the reservation fee: bottomless non-alcoholic beverages such as coffee, tea, lemonade, and soda. For an additional $3 we have alcoholic beverage. Fresh, local pastries are also available for purchase at the cafe if you would like a snack. Additional time can be purchased at the cafe if the cat lounge is not fully booked for the next hour.

AGE RESTRICTIONS: The minimum age for visiting Pounce Cat Cafe + Wine Bar is 12 years old. A parent or guardian will need to sign a minor waiver for anyone visiting the cafe between the ages of 12 and 17.

MAXIMUM GROUP SIZE: Parties larger than 8 people are required to reserve the space as a private event. Not only can large groups be loud and distressing for our cats, they can also be disturbing for other guests who are visiting the cafe during the same hour.

During this tour you will:

When are animals pulled from service to do heat?

When the temperature reaches 95 degrees or the heat index reaches 110, carriage tours are halted. Additionally, PCW rectally checks the temperature of each animal before and after every tour, year round to ensure that it stays within the normal range of 98.7 to 101.5 degrees. If the animal’s temperature exceeds 102.9 degrees, it is pulled from service. Charleston is one of the only cities in the world where the animals are monitored individually. There has never been a heat related incident in over 30 years of business.

Your Charleston ghost tour guide will showcase all the morbid morsels and revolting tidbits of Charleston’s eclectic history on this ghost tour. Hear tales of pirates, lost loves, ghostly specters, burial practices and oddities. Enjoy the darker tales of  the city’s history on this walking tour.

Our tour guides are not only licensed with the City of Charleston and versed in Charleston and American History. They also are showmen, have backgrounds in theater, directing, writing and entertaining. No drab lectures will be tolerated on these tours.

Journey from the past to the present and heritage to habitat at the Caw Caw Interpretive Center. Rich in natural, cultural and historical resources, Caw Caw was once part of several rice plantations and home to enslaved Africans who applied their technology and skills in agriculture to carve the series of rice fields out of cypress swamps. Caw Caw Interpretive Center is managed as a low-impact wildlife preserve. Pets and bicycles are not permitted.

The birthplace of the Carolinas, Established in 1670!

Charles Towne Landing State Historic Site sits on a marshy point, located off of the Ashley River, where a group of English settlers landed in 1670 and established what would become the birthplace of the Carolina colony. Charles Towne Landing introduces visitors to the earliest colonial history of Charleston. Interact with hands-on exhibits in the Visitor Center, talk to knowledgeable staff members, and take an audio tour on the self-guided history trail.

Park is closed on Christmas Eve and Christmas Day.

They also have over 40 arcade games that give out tickets and prizes along mini-bowling, air hockey, skee-ball

Please visit their website to confirm hours of operation, they have summer and winter hours. We have summer hours listed below

The South Carolina Lowcountry has always been home to a cast of eclectic, unconventional characters – scholars, scientists, scribes, and socialites, revolutionaries and world travelers, collectors, curators. They have been lovers of the established and experimental, the rare, beautiful, odd and unusual. Our history is a blend of beauty and pain, grace and war, great storms and calm seas.

We are a melting pot of cultures and customs, remade with each changing tide. We are writers of a never-ending story that asks life’s most essential question: Who are we?

The search for the answer is our reason for being. So, we dig into attics and archives. We pore over ancient artifacts, journals, and albums. We study, document, preserve, interpret, and share.

We do it for the electric joy of discovery. The stories and humanity revealed. But perhaps even more, we do it for what it inspires within us. The thoughts that ask us to rethink our past and our place in the world. The thoughts that spark a conversation not just about who we were, but who we are – and who we can be.

We are all a story. And our story starts here.

Visit Charleston’s only winery on picturesque Wadmalaw Island where you can explore their vineyard and receive a free five-wine tasting and souvenir stemless wine glass by presenting Charleston Tour Pass! Tastings offered Wednesdays-Saturdays from 10 am – 5 pm. 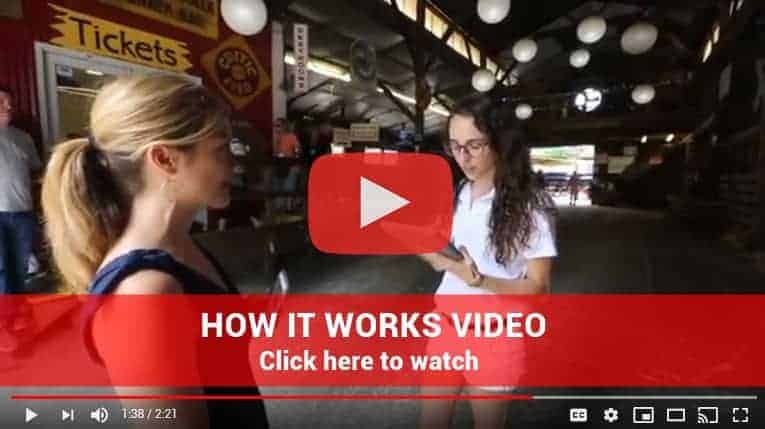 Save $132.82 per person which is 46% off of retail rates with a 3-day pass by following the itinerary below!

Click the red icons on the map below to reveal what they are:

Why You Need a Pass

(Choose your pass duration below) 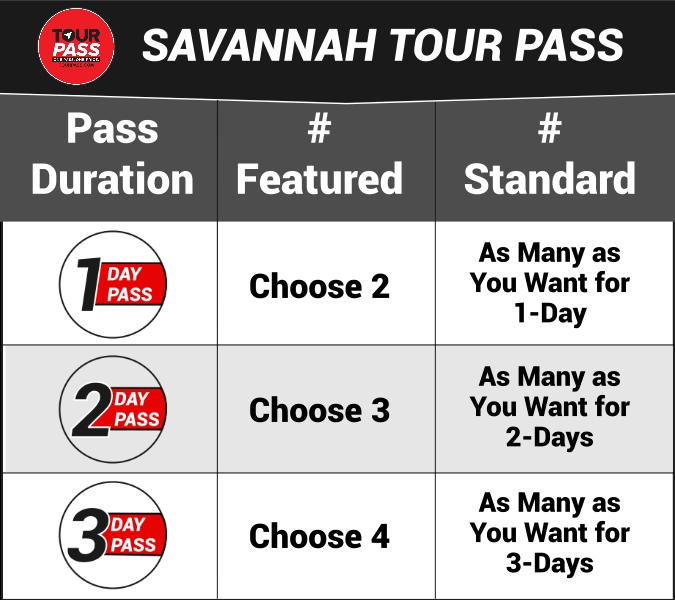