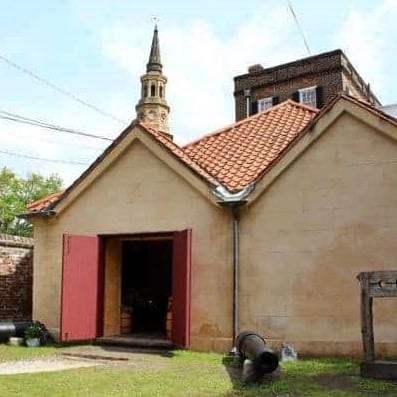 Completed in 1713, The Powder Magazine is South Carolina’s oldest government building. The building was used as an arsenal from 1713-1748 and during the American Revolution in order to defend the city. After 1780, it was retired, and by the early 19th century, it was privately owned. During this period, The Powder Magazine served as a print shop, livery stable, wine cellar, and carriage house.

In 1902, The National Society of The Colonial Dames of America in The State of South Carolina purchased the building, saving it from demolition. Within a year, it was opened to the public. Today, it is a museum where you can explore colonial military history in the last standing component of Charleston’s original fortifications.